Are You Networking the Right Way?

These days people use the term “networking” loosely. This points to the fact that while most people have an idea of what it is, they don’t fully understand what it really means or what it entails, let alone how to go about it properly. If you’re looking to gain clarity on what networking is and the benefits it has, or/and learn practical ways to go about it the right way, this post is for you. Read on.

What Exactly Is Networking? 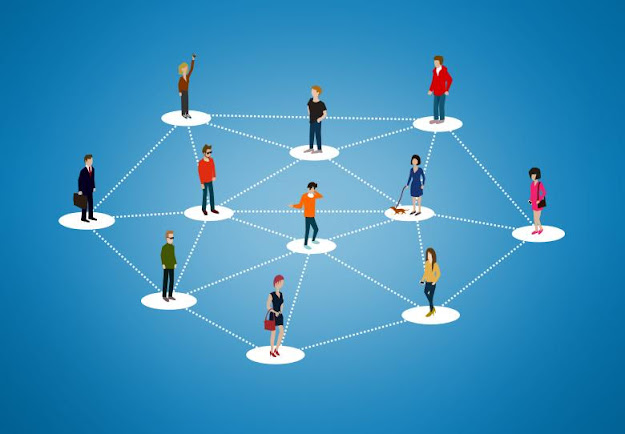 Simply put, your network is your human or social capital. The members of your support systems, people in your circle, people you have  relationships with, people you have access to, all make up your network. While networking is the process of interacting and connecting with people in order for them to become part of your network.
Networking has to do with you forming relationships with people that have the potential to partner with you, connect you to relevant opportunities, inspire you, challenge you to be better, and generally play one part or another in helping you get to certain heights.

Where Can You Network?

Generally speaking, networking can be done online or offline.

It’s self explanatory, right? Networking can be done in conferences, summits, seminars, class, and basically anywhere two or more people are gathered in person.

2. Online:
This is self explanatory as well. Networking can happen via any social media platform, email, or through an e-program, like a webinar.

How to Network the Right Way.

Alright, this is the juicy part. Remember networking can be done online or offline? Well, there are different protocols guiding both. Thankfully though, they have a lot in common, and that’s what we’d be buttressing on here.

Be intentional and strategic about it. 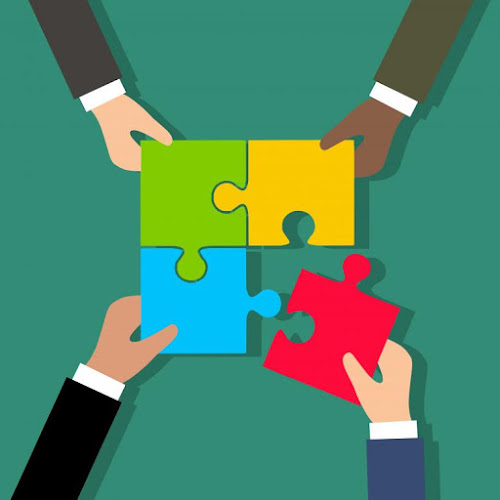 This is compulsory. Have your goals and know the exact ways networking with a particular person can help you achieve these goals. Always know your “why”. Why do you want to connect with this person? Why should the person be interested in connecting with you? Don’t just go about trying to network with people for the sake of it, or because it seems like what everyone else is doing. Unless you’re trying to build an audience or a market for your goods and services, you need to be really particular about the people you connect with. You should prirotise quality over quantity.
Now this is what intentionality does for you: it gives you direction. Because you already know the calibre of people you’re looking to network with, you’d know how to position yourself to meet them. 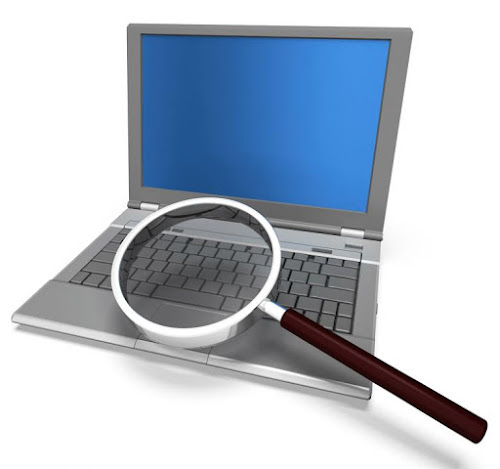 This is part of you being intentional. Seek out people doing the kind of work you’re doing that are on the same level you currently are or on a higher level, and reach out to connect with them. Also, if you’re interested in doing something in the future, you could seek out people already doing it, or something similar, and connect with them. Either way, it’s a strategic way to connect yourself with people relevant to your goals.
Before you reach out to connect though, look them up individually, so you know enough details about them (not in a creepy way) to at least hold a meaningful conversation. A simple Google or social media search can do the work. This gives the impression that you’re genuinely interested in connecting with the person. It also helps you clarify whether or not you really want to connect with the person. 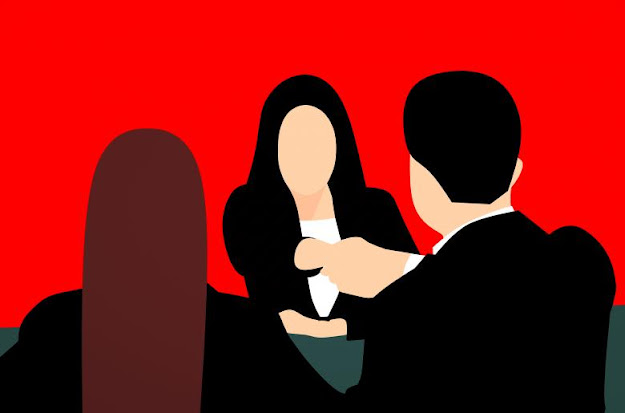 This is so important. When networking physically, clearly and audibly state your name and what you do. You could do this freestyle, or with a well practiced elevator pitch. Your body language and tone matter, so make sure they’re in order. Make sure your handshake is firm; it shows you’re confident. This is also where you exchange complimentary cards or other contact information. Smile; it’s pleasant.
Introducing yourself online is a little different. When you chat up a networking prospect, first greet (say hi, hello, good day, or whatever you want). Then state your name, what you do, how you got the person’s contact (if it’s on WhatsApp), and why you’re reaching out. Proofread what you’ve typed before sending to eliminate typos. Also, make sure U dnt type lyk dis, it’s a turn off for most people.
You know that first impression matters, right? This is your chance to present yourself in the way you want the other person to address you. It’s an avenue for you to sell yourself or your brand, don’t take it lightly.

Have value to offer. 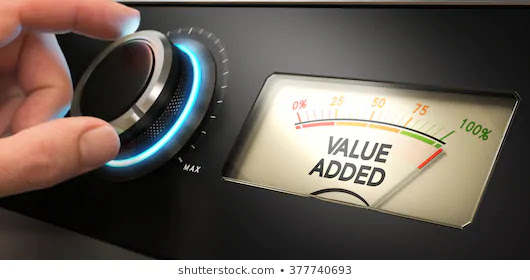 In networking, value begets value. It works best  when it’s not just one person leeching off the other. What do you have to offer? What does the person you’re connecting with stand to gain from the relationship? Networking is not just about taking or giving, it’s about sharing. It has to be mutually beneficial to both parties.
So yes, before you reach out to connect with anyone, make sure you have something, no matter how little, to bring to the table. It could be partnership on a project, assistance with an assignment, knowledge, information, or even support, but always make sure there’s something in it for the other person. Give the other party a reason to invest in the relationship and they would.
Do well to communicate what you have to offer to the other party. It’s not enough for you to have intentions of providing value, make sure you communicate it so they know what to expect.  This should come during or after your introduction. 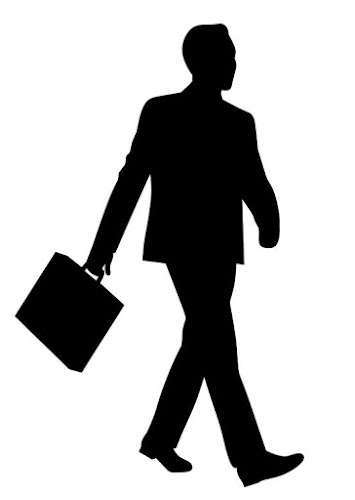 In your language, manner of approach, topics of discussion, calling time, and basically everything else, be professional. Don’t go about crossing boundaries. In fact, let me just rattle off some do not’s here:
>> Don’t ask inappropriate or personal questions.
>> Don’t dress inappropriately if it’s a physical meeting.
>> Don’t call at odd hours.
>> Don’t show up late to meetings.
>> Don’t let over familiarity seep in.
>> Don’t be rude.
I could go on and on, but I’m sure you get the point already. When you’re networking professionally, behave yourself. Understand the level you’re on with that person and vibe accordingly. 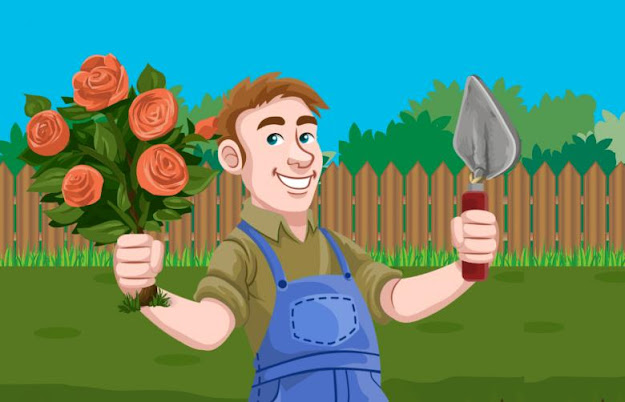 Networking is not a one time thing. It goes beyond just introductions or that first chat. It’s more than just having people on your WhatsApp contact list, Facebook friends list, LinkedIn connections, Twitter followers or Instagram followers. It’s about actually connecting with people personally and directly, and having a relationship with them.
Just like any solid relationship or investment, networking requires grooming and nurturing in order to yield fruits. In a way that’s not disturbing or creepy, you need to build a rapport with the person. This takes time and effort, obviously, but it is what it is. Occasionally check up on people you’re trying to network with, don’t wait till you need them before they hear from you. You could engage with their posts online, send messages during holidays/celebrations/festivals, text or call once in a while.
Don’t worry, it’s not going to be just you putting in the effort, it would be mutual. This is why, in the first place, you need to have something you’re bringing to the table.
Tip: Replying WhatsApp status is a great way to have random meaningful conversations.
Alright, let’s wrap this up with this quote by Diane Helbig: “Networking is an investment in your business. It takes time and when done correctly can yield great results for years to come.”
If you enjoyed this post, sign up for our newsletter so you don’t miss out on future updates and opportunities.
Make sure to go through previous posts as well. I’m certain you’d get value for your time.
Also, let me know what you think in the comments section. I’d love to hear from you.

This is such an empowering piece,as well as expository. Good job? and thank you?

How To Make the Most of Your IT.

Most courses of study in the higher institution require that you are compulsorily attached to an industry in your field for a period of 3-6 months for training, otherwise called IT or SIWES which are Read more…

How to Utilize Social Media for Personal Development.

For communication, media sharing, business, entertainment, education, and even politics, it’s something that has come to stay. With over 50% of the world’s population actively on one social media platform or another, it’s safe to Read more…

The A-Z Guide for Being a Great Mentee & Making the Most Out of Mentorship.

It’s easy to look at the perks of mentorship and want to be mentored in one area of your life or another. I mean, who doesn’t like good things? For example, it can help shorten Read more…